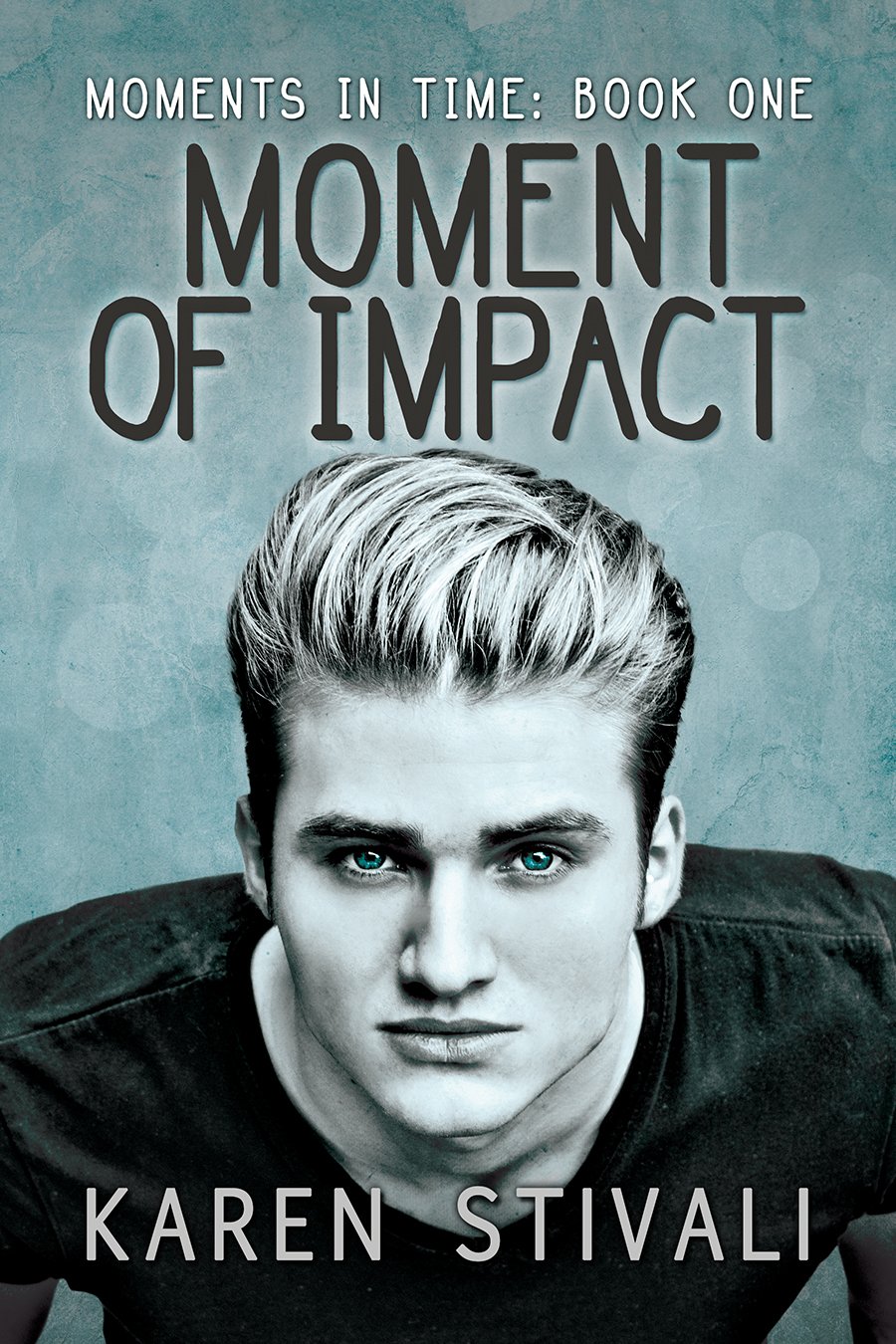 Outside Collin Fitzpatrick’s dorm room is a dangerous place. Beyond his door the students of his small, conservative college think he’s straight, as does his Catholic family who'd disown him if they learned the truth. Inside, he’s safe with his incredibly sexy roommate Tanner D’Amico. Their room makes a perfect place to hide away and fall in love. The moment they cross the line from roommates to lovers, Collin becomes caught between their heavenly passionate encounters and the hellish reality that someone might find out and destroy everything. Tanner's not used to being so confined, and wants to show the world how much he loves Collin. But Collin’s not sure he’s ready for the impact stepping outside will make.

I admit to being a fan of Karen Stivali’s work and of her as a person.  I have had the chance to spend time with her at both RT and RAGT which makes me even happier to read the work she produces.  She’s a lovely lady with a matching introvert’s soul that means we both love to hide rather than be out in large groups.  She’s starting something new and I’ve been lucky enough to read this before it hits the rest of you…

This is a very honest read about a young man finally being able to have something he craved but was (is) afraid to completely embrace.  You see Collin is gay and in his very traditional Catholic family this is the highest level of sin you could ever commit.  He struggles with trying to be the straight guy everyone expects but wanting to find love with his roommate, Tanner.  He thinks that Tanner is straight I mean he’s all over his girlfriend so why would he be bi or gay???  When he discovers that Tanner wants him we don’t see an instant “I’m here and I’m queer” moment but we get a true struggle as he opens up to his needs.  He’s so wound up and repressed it was heartbreaking to read but I loved how we saw him struggle to express his needs and be ok with them.  He’s got a lot to learn about life but seeing him try was powerful.

Tanner is the perfect offset to Collin’s uptight and scared persona.  He’s open and yet not blatant about his sexuality but he was lucky enough to have family that is more open to other lifestyles so it made it a bit easier for him.  He also is very patient with Collin as he understands that not only are we dealing with a virgin to most sexual activities but we are also dealing with a man who has been taught his whole life that who he is at his core is vile and disgusting.  I appreciated that he was patient but I also adored him for pushing to have something real with Collin that isn’t hidden.  He’s a good guy who really does adore his Collin but is not willing to be completely hidden from those around them.

This is not an easy read in a lot of respects and seeing the confrontation with Collin’s mom was heartbreaking but needed.  I liked that Karen didn’t make this one easy but kept it honest in the way the struggle plays out.  I look forward to seeing more of this pair and watching as both men work towards each other.

In honor of this start to a new series I am going to give away two Nook or Kindle copies to readers of this post.  To enter just tell me the last great book you’ve read or just say “Hi” to Karen.  Also please tell me Nook or Kindle.