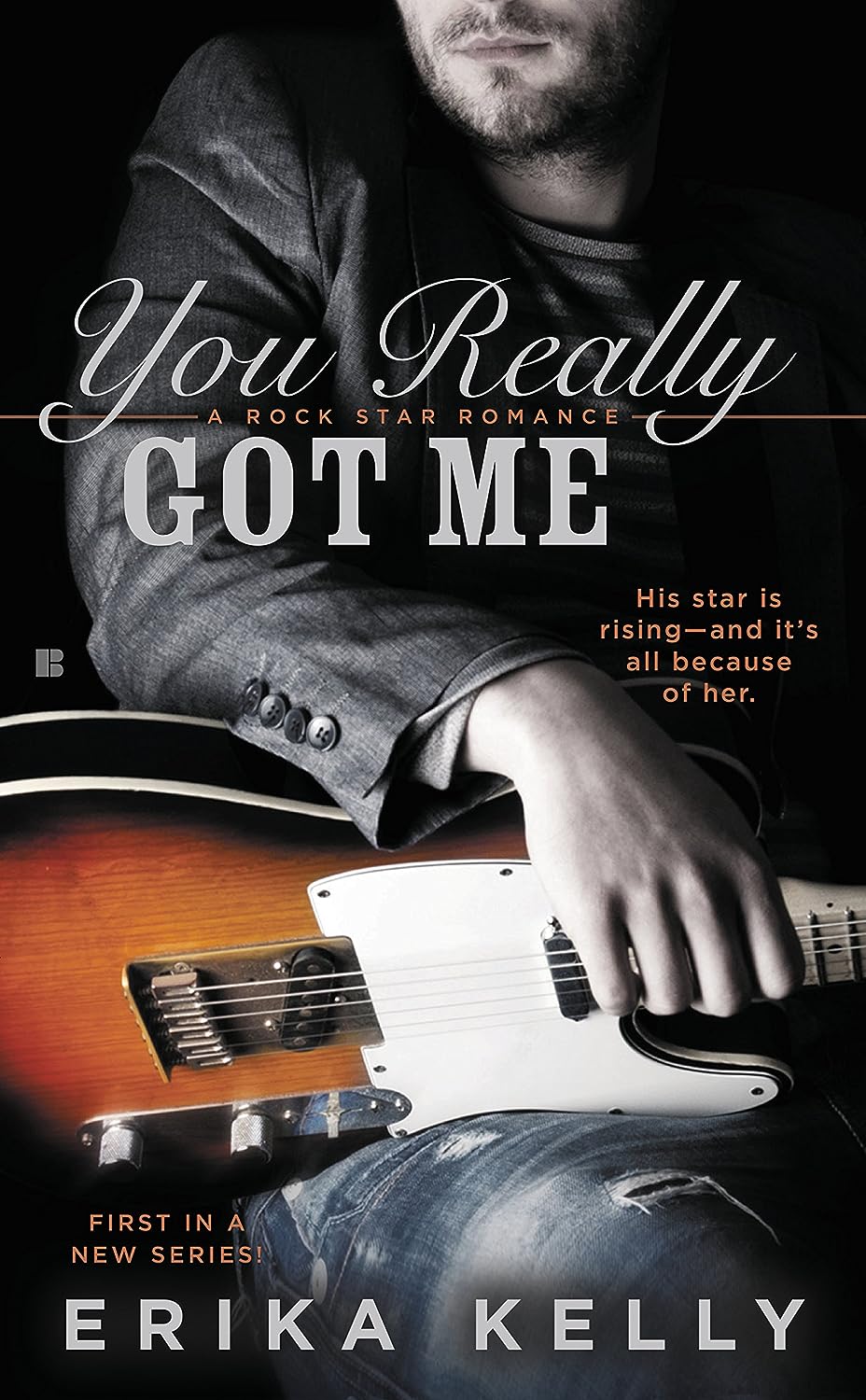 You Really Got Me by Erika Kelly
Published by Penguin on 2015-01-06
Genres: Contemporary, Fiction, General, Romance
Pages: 352
Format: Paperback
Source: the publisher
Buy on Amazon
Goodreads

The first irresistible novel in a hot new series about a rock star on his way up—and the woman he wants to take all the way... Emmie Valencia has what it takes to be the music industry’s hottest band manager. She just needs to prove it. Determined to discover a killer new band, Emmie is ready to make her move. First stop: Austin, Texas. As a sizzling-hot lead singer, Slater Vaughn has no trouble raising heart rates—but his band’s been flat-lining for years. When Emmie, his bandmate’s sister, crashes with them in exchange for some free management, her industry know-how lands them a spot in the biggest music festival in Texas. But it isn’t just her business acumen that catches Slater’s attention. Emmie is sexy and warm, and—for the first time in his life—he wants more. But as irresistible as Slater is, Emmie is done with musicians. In her experience, a man can’t be a rock star and someone to trust with your heart—but Slater is determined to show her he’s both.

I was pleasantly surprised by this book.  I know I requested it because the premise sounded interesting but the depth that Ms. Kelly brought to this book with both the characters and the inner workings of the music industry was more that I had expected.

We get to meet our heroine Emmie at a crossroads in her life.  She has been working as the personal assistant for one of the premiere A/R guys in the music business but that isn’t where she thinks she belongs.  You see she wants to be an A/R guy (gal) and after being made aware of her boss not really planning on promoting her to that job she decides that enough is enough.  She embarks on a quest to prove she has the chops and goes to stay with her brother in Austin TX in order to help him out and find the next great thing.  While there she finds out that maybe just maybe she might have found love with the absolute (in her mind) worst fit for her.  She’s driven and very loyal to her brother but what I liked most was her fears were understandable and while I wanted to hurt her for her lack of trust in what they were feeling  I couldn’t blame her for how long it took her to realize she was wrong.  She owns her fears and concerns which is rare but even rarer that I didn’t find it overwhelmingly annoying.  The work that she undertakes in order to find herself was painful but felt fairly real in pace.  The chemistry she shares with Slater leaps off the page and you can’t help but want these two to finally admit what they need and want to one another.

Slater…. *sigh* …  He’s got his own issues but I loved how he works so hard to not seem interested in his bandmate’s sister.  He tries so hard to keep her at an arm’s distance but he can’t help but be drawn to someone that sees him and not just the rock star.  As they spend more and more time around one another they both find many things in common and ways that help both of them heal from damages inflicted by their childhood.  I loved his heart and how you got to see his talent shine thru the eyes of others.  He has a depth to him that I think was part of my favorite surprise to this story.  His embarrassment when she discovers how much work he actually does put in to the writing and composing was priceless.  I also understood his decision to make it up to her as to where they went from the ultimate angst moment in the story was also very well done.

Overall this was a very pleasant read with a hero that will make you wish you were Emmie.  There is something to be said about a man who really falls head over heels for his woman and isn’t afraid to let her see how much he truly needs her.

Thanks to the team at Penguin for giving me a chance to read this…  Ummmmm when can I have book 2?????