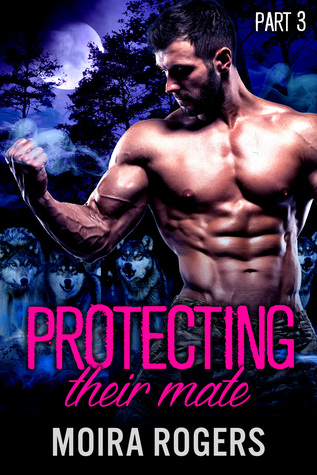 As the full moon raises tensions--and appetites--Ashley indulges her wildest fantasies...and discovers what it truly means to belong to the pack. But Blake's control is tested as outsiders descend on the pack's territory, and Ashley discovers that following her heart may be the only way to find her mate.

Ashley's heart longs for one man, but her wolf demands that she test herself against the alpha. Can she settle for a life of never knowing, or will she risk everything for Blake?

So we have seen Blake and Ashley struggle over the last two books with what knowing what they want and in this book we finally see it pushed to the brink as Blake wants to make sure that Ashley is with the wolf that is strongest and that her own wolf cries out for.  He struggles with his inability to keep her completely safe in the conflict with the other pack but the issue isn’t with his strength but the fact that even with the best laid plans something can go awry.  His actions and choices make him do something that is not truly needed but I understood his actions.

Ashley also is struggling with her own wolf but considering her background the fact that her wolf is being cautious is understandable and I appreciated her own honesty as she even struggles with what the real answer should be regarding who she takes as her mate.  While I didn’t like Blake’s action I did completely appreciate what we got as a result of it…  Lucas, Ashley and Blake…  oh yeah…  YUMMY!!!  The way this is wrapped up did make me happy as it was clear from book one that Ashley did have real feelings for Blake even though what brought them together could’ve explained some of it there was just a connection that was true from that moment forward.

I am happy that there is word about more books with the rest of the pack so I will sit here and try to control my urge to ask for updates as they work on their Kit Rocha titles…  but hey…  Moira Rogers…  More???  Now??? Please???