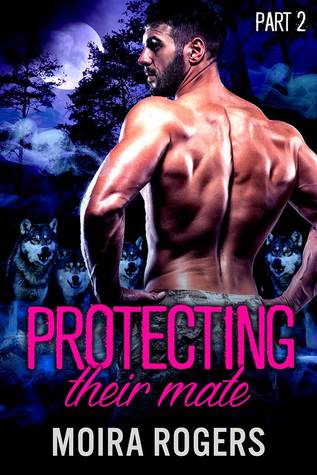 As Ashley settles in to her life at the lodge, she meets more of her new pack mates--including wicked, intense Jud. His touch arouses her hunger--and Blake's possessiveness. Lucas, the unyielding alpha, grows concerned with the attachment between Blake and Ashley and sends Blake out on a mission.

While Blake is away, Ashley meets the most elusive member of her new pack--the enigmatic Connor, a hacker who, like her, was raised among humans. For Connor, sex is volatile--dangerous--and being near Ashley draws out the feral edge of the wolf inside him. As Ashley's connection with Blake--and with Lucas--grows deeper, an outside force threatens the peace of the Last River pack.

Lucas sends Blake away in order to provide his second much needed breathing room so everyone really gets to figure out what Ashley needs.  You may not like this as the story continues but his reasoning is sound and it gives others a chance to get to know her better.  Yes, Mac and Connor take over making sure she gets what she needs which is a moment that is enjoyable even as you sense that everyone understands who she is meant for even if her wolf hasn’t fully embraced it yet.

Jud is another interesting character so I am looking forward to when we get more from Moira Rogers in this world as I hope his story is told.  There is a bit more told about how the pack operates and the history but mainly the focus is on Ashley figuring out more about who she is and what she wants.

Lucas really intrigues me as he seems to always hold himself back but I sense that if we get his story there will be a lot of pain buried behind this powerful Alpha.  I also cannot wait to see what happens with Connor and Mac as there is a lot of concern with Connor which I hope proves to be a lot of worry about nothing.

There is also a discovery of another female werewolf so tension starts to rise as the worry surrounding this other “pack” comes in to the picture with plans being made to meet with them.  I think that this new discovery causes ripples that fold in to the next book as Blake is on edge with his own struggle to be certain that Ashley has a choice.  He wants her so much but his need to take care of her causes tension along with her own need to find out what her wolf needs.

Part three wraps this up so stay tuned for next week…