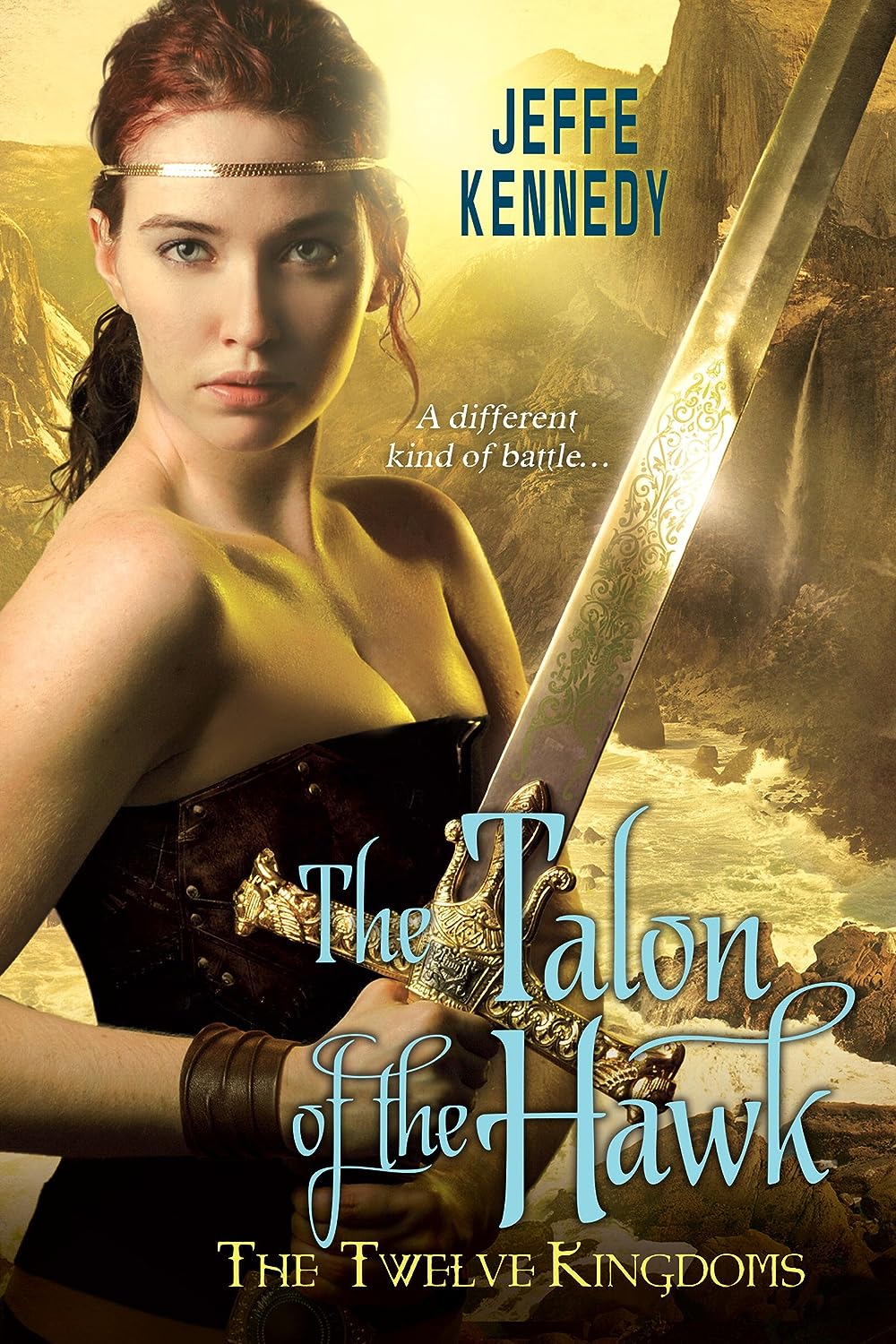 Three daughters were born to High King Uorsin, in place of the son he wanted. The youngest, lovely and sweet. The middle, pretty and subtle, with an air of magic. And the eldest, the Heir. A girl grudgingly honed to leadership, not beauty, to bear the sword and honor of the king.

Ursula’s loyalty is as ingrained as her straight warrior’s spine. She protects the peace of the Twelve Kingdoms with sweat and blood, her sisters from threats far and near. And she protects her father to prove her worth. But she never imagined her loyalty would become an open question on palace grounds. That her father would receive her with a foreign witch at one side and a hireling captain at the other—that soldiers would look on her as a woman, not as a warrior. She also never expected to decide the destiny of her sisters, of her people, of the Twelve Kingdoms and the Thirteenth. Not with her father still on the throne and war in the air. But the choice is before her. And the Heir must lead…

This was my favorite of the series…  I adored the hero in this and also loved seeing the full picture finally be visible.  We have a chance to see the other sisters but this is definitely a story about a woman who NEVER really got to be herself.  Watching this strong woman be broken apart and then finally allowed to come in to her own was worth every minute it took to read the book.

This story opens with Ursula finally heading back home to report to her father and the news she has isn’t going to be something he wants to hear.  What she doesn’t realize is there is more going on at home and it isn’t good.  She’s unsettled when she arrives and notes that the surrounding area is quiet plus strangers are at the gates.  She’s confronted by these soldiers and realizing they are hired mercenaries does not put her at ease.  She also sees the area bursting at the seams with a populace that seems to be not only frightened but seemingly lacking hope that anything good is coming.  She’s even more unsettled as she sees a strange man standing by her father as he gives her a very public dressing down.  The man unsettles her but she’s still hopeful there is something good still in her father even as he cavorts with a new woman.  As she starts to try to get back in her father’s good graces we get to see her struggle with his increasing madness and obvious corruption.  It takes others pushing her to run for her life to get her to open her eyes about the real peril she is in.  I enjoyed her but truly loved what she becomes as our hero pushes her to lance the deep wounds she has carried since childhood.  This poison was killing her and by finally finding someone that was there for her…  only her… she finally gets to have a partner to carry her burdens.

Harlan… *fans self* dear stubborn yet sweet Harlan….  only you could reach her even as she tried her damnedest to push you away.  I hated the final fight but knew you would stick by her side until the end unless she definitively said leave but my bet is you would still find a way to help her from afar.  I enjoyed the way you worked past her defenses while still pushing her to be all that she could be.  You don’t want her to completely change but you wanted her to finally be honest with herself and see things without being clouded by blind loyalty.  I adored your ways of showing her your strength but mainly enjoyed how you acknowledged her strength and just held her without judgement when she finally allowed you to know her worst secret.  I loved how you let her get it out and then worked hard to show her nothing of it was her fault.  You didn’t coddle her like a victim (which she was) but you made sure to clearly state who was at fault.  She is a lucky lucky woman to have your devotion.

I will be nice and warn Jeffe now….  I WILL BE GIVING YOU A BIG OLD HUG AT RT.  While I am still not a huge fan of Ami I adored Ursula and Harlan.  This was a perfect end to the tale and while I will always want more…  I am happy with the way this trilogy played out.