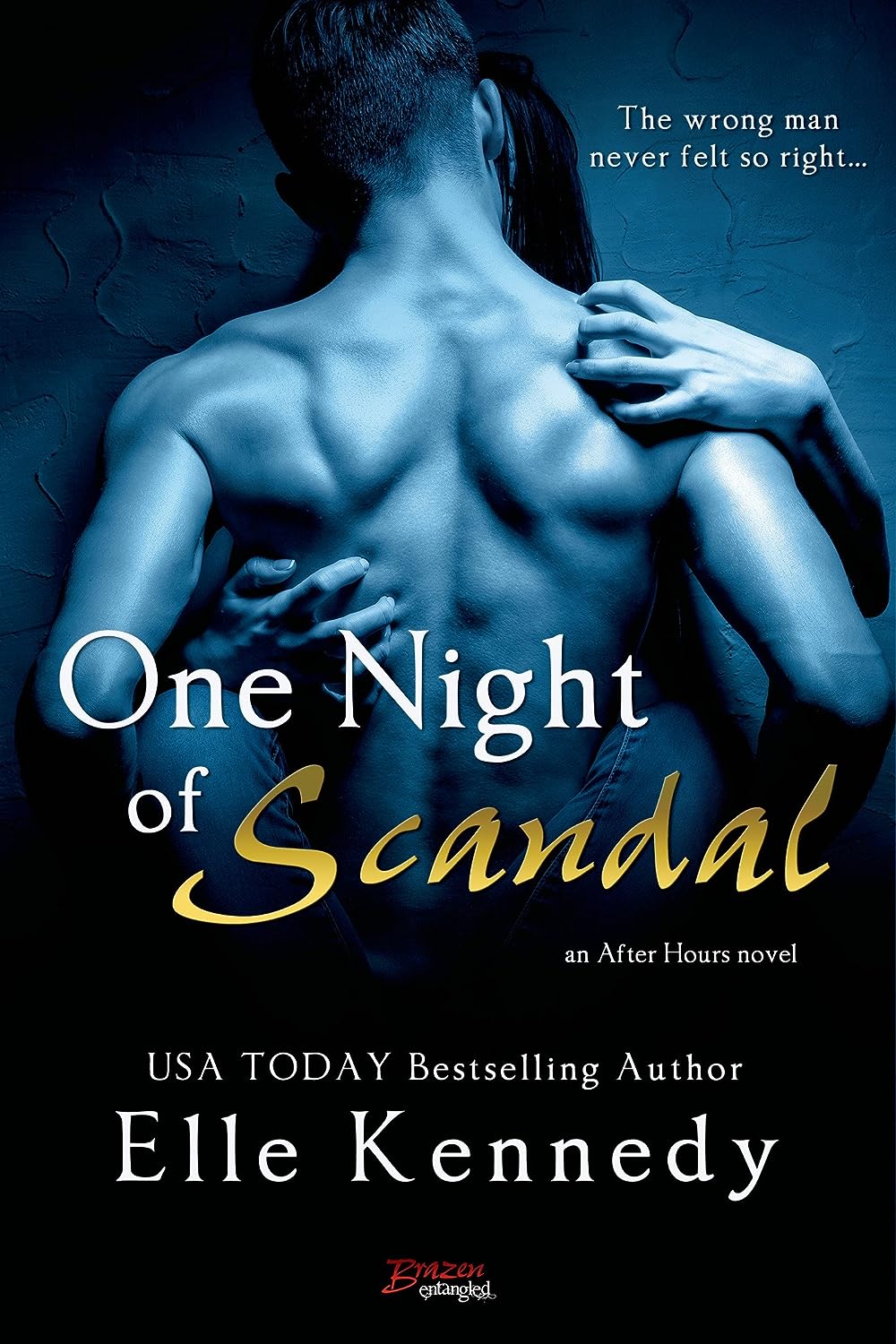 A sexy category romance from Entangled's Brazen imprint...The wrong man never felt so right...Ex-fighter Reed Miller has been secretly lusting over his best friend’s girl for months, but he refuses to jeopardize a friendship over a woman—especially one who doesn’t like him all that much. Now that Darcy’s on the market again, it’s even more imperative to stick to his strict hands-off policy. But the sizzling attraction between them is too powerful to ignore, and once he’s had a taste of her…all bets are off.Darcy Grant is tired of walking the straight and narrow path. She’s on the hunt for passion, and there’s no denying Reed is just the man to give it to her. Although she has no interest in dating a bad boy, and certainly not her ex’s best friend, it’s impossible not to melt beneath Reed’s skillful touch. Now it’s just a matter of setting a few ground rules—and hoping her rule-breaking, sweet-talking bad boy agrees to follow them. But if she lets Reed into her bed, does she stand a chance of keeping him out of her heart?

Yep it is that time again for me to post the review for the second story in this HOT series.  For a chance to enter the giveaway from Entangled Publishing for One Month of Elle Kennedy click here.

Now for my thoughts on this entry…  ummmmm HOT sums it up but you already figured that since I said the series was hot.  There was something about this one that made me a very happy reader and I think it was due to the fact that the main pair really didn’t know what to think of one another but had such chemistry that they couldn’t resist even as they struggled with what to do about her ex-BF and his best friend … yeah they broke the rule surrounding exes and best friends as we are talking the same man in both cases.  Anyway what we get is a heroine who needs to find someone that brings out the passion in her and a man who wants to find someone he can share his life with.

Darcy thinks she wants a good guy.  You know the good guy that you could bring home to mama and that everyone comments on how great of a wholesome guy he is.  Well what she actually needs is a bad boy who can get her passionate side to come out but is really a good man underneath the bad boy exterior.  She gets it in spades when she decides to go against her better judgement and explore the chemistry she has with her ex’s best friend.  I liked how she was strong and self-sufficient plus that she really wanted to make sure that her ex was ok with everything before she completely crossed the line with Reed.  I did not like that she wasn’t honest with Reed about how she was feeling and it led to some tension between them.  I got why she played the game she did but I didn’t have to 100% like it.

Reed was a surprise in many ways.  He’s hidden his lust for his best friend’s GF under a facade of cold indifference but when he finds out that she’s an ex well that just makes things interesting.  He’s a stand-up guy though and really does mean to check with his buddy before he crosses the line but he just has trouble keeping himself in check when it comes to her.  I liked how he was honest about many things and was willing to take the cues from her as they worked their way through their attraction.  I also melted at his work with kids and the way that he really was a nice guy underneath the bad boy persona.  He’s wonderfully dirty though and I wouldn’t mind it at all if he were standing by me right now putting moves on me… (if a certain someone is reading this…. ummmm… yeah…  you know I adore you but *fans self* heh).  Mind you I would be looking over my shoulder to see who he was really talking to but hey we can have those momentary fantasies right???  LOL