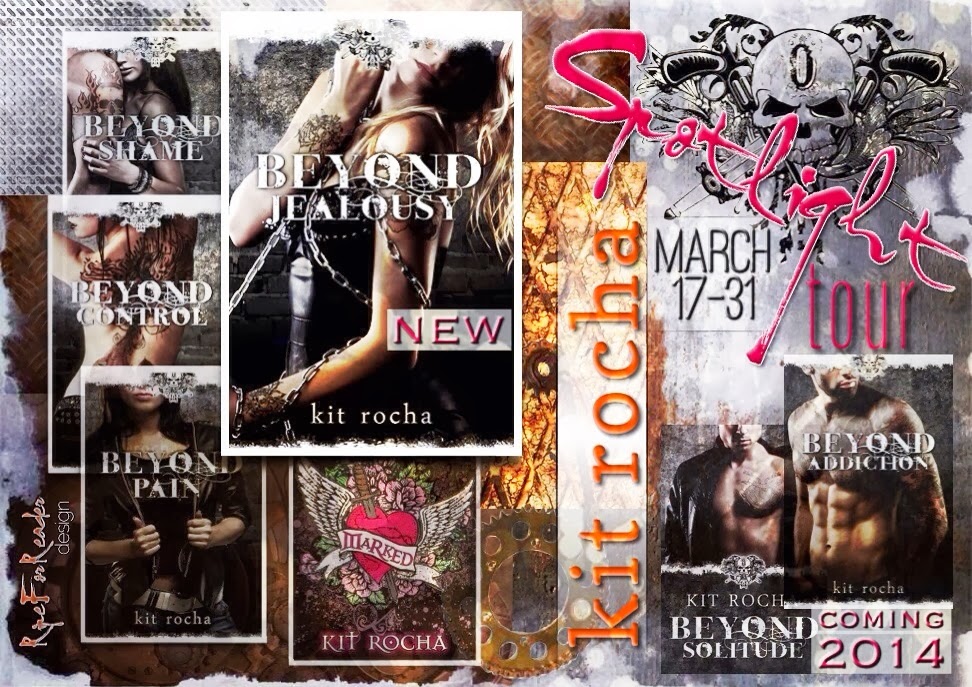 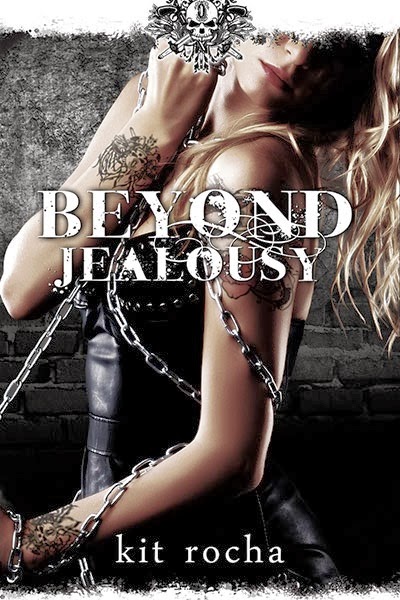 She’s been looking for the perfect man. She found two.

When Rachel Riley sacrificed a life in Eden to protect the O’Kanes, she earned her place in the powerful Sector Four gang. But the former crime princess is tired of being everyone’s sweet little sister . It’s time for her to get wild, to embrace her fantasies as only an O’Kane can—with a delicious exiled soldier and the gang’s wickedly sinful tattoo artist.
A saint…
Lorenzo Cruz is a warrior, taught by his commanding officers in Eden that involvement equals distraction. Emotion is a liability, and desire a sin.  In Sector Four, he finds decadence, shameless sex—and his own dark urges. No battle strategy prepared him for how Rachel makes his heart race…or the way his rival for her affections sets his blood on fire.
…and a sinner.
Ace Santana has a dirty reputation and a mind to match, especially where his new lovers are concerned.  He’s eager to help Cruz embrace his dominant side, and to explore the lines between pleasure and pain with Rachel. But corrupting them quickly becomes an obsession, a need he can’t deny—and a love he never imagined.
Three hearts on the line means a hundred ways their ménage a trois could go wrong. After all, even O’Kanes do forever two-by-two.  One of them could be the missing piece that makes them all whole…or a temporary diversion destined for a broken heart.

To see what I thought about it click here. 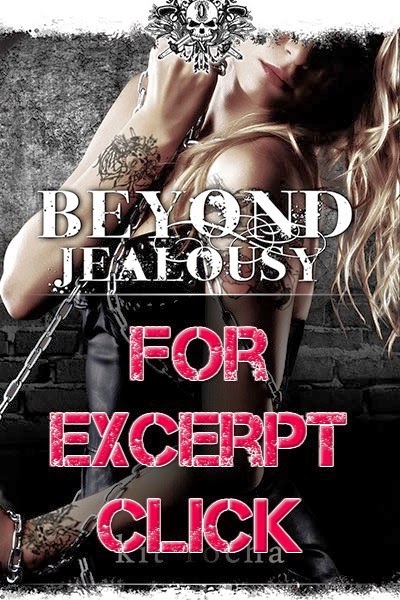 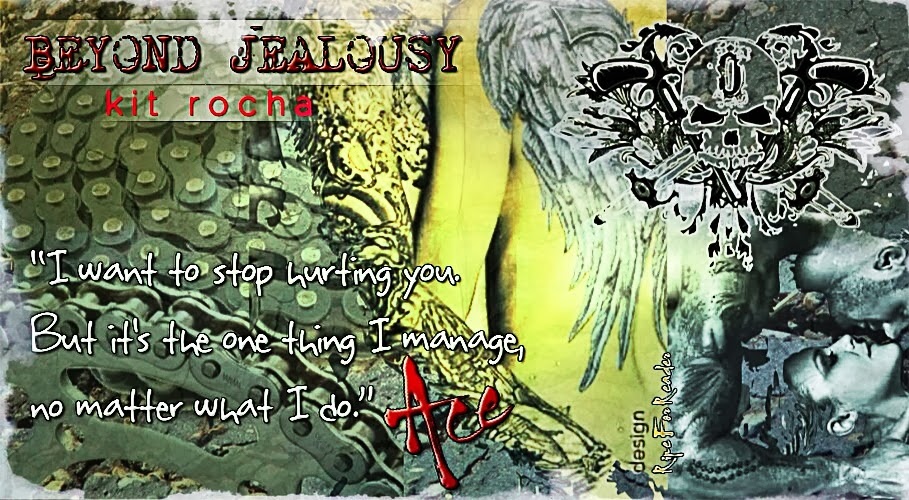 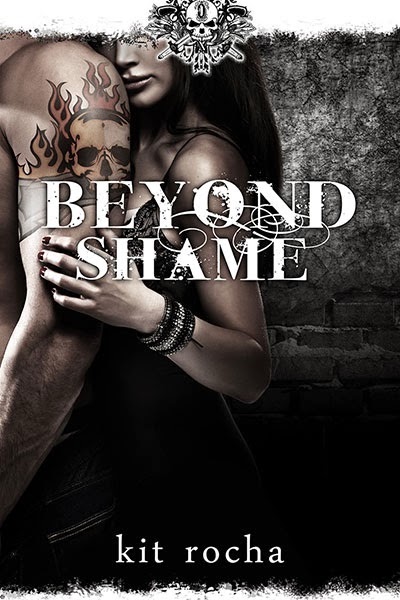 All Noelle Cunningham has ever wanted is a life beyond–beyond the walls of Eden, where only the righteous are allowed to remain, and beyond her stiflingly restrictive existence as a councilman’s daughter. But only ruins lie outside the City, remnants of a society destroyed by solar storms decades earlier.

The sectors surrounding Eden house the corrupt, the criminal–men like Jasper McCray, bootlegger and cage fighter. Jas clawed his way up from nothing to stand at the right hand of Sector Four’s ruthless leader, and he’ll defend the O’Kane gang with his life. But no fight ever prepared him for the exiled City girl who falls at his feet.
Her innocence is undeniable, but so is their intense sexual attraction, and soon they’re crossing every boundary Noelle barely knew she had. But if she wants to belong to Jas, first she’ll have to open herself to a world where passion is power, and freedom is found in submission. 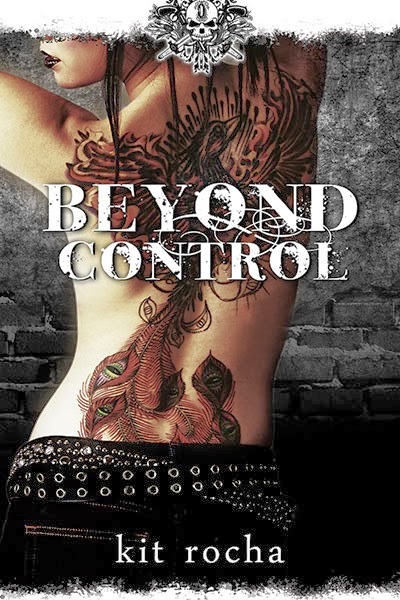 She refuses to be owned.
Alexa Parrino escaped a life of servitude and survived danger on the streets to become one of the most trusted, influential people in Sector Four, where the O’Kanes rule with a hedonistic but iron fist. Lex has been at the top for years, and there’s almost nothing she wouldn’t do for the gang…and for its leader. Lie, steal, kill—but she bows to no one, not even Dallas O’Kane.
He’ll settle for nothing less.
Dallas fought long and hard to carve a slice of order out of the chaos of the sectors. Dangers both large and small threaten his people, but it’s nothing he can’t handle. His liquor business is flourishing, and new opportunities fuel his ambition. Lex could help him expand his empire, something he wants almost as much as he wants her. And no one says no to the king of Sector Four.
Falling into bed is easy, but their sexual games are anything but casual. Attraction quickly turns to obsession, and their careful dance of heady dominance and sweet submission uncovers a need so deep, so strong, it could crush them both.

A woman with no future…
Live fast, die young–anything else is a fantasy for Six. She’s endured the worst the sectors had to throw at her, but falling in with Dallas O’Kane’s Sector Four gang lands her in a whole new world of danger. They’re completely open about everything, including their sexuality–but she hasn’t survived this long by making herself vulnerable. Especially not to men as dominant as Brendan Donnelly.
A man without a past…
Bren is a killer, trained in Eden and thrown to the sectors. His one outlet is pain, in the cage and in the bedroom, and emotion is a luxury he can’t afford–until he meets Six. Protecting her soothes him, but it isn’t enough. Her hunger for touch sparks a journey of erotic discovery where anything goes–voyeurism, flogging, rough sex. He has only one rule: he won’t share her.
In Bren’s arms, Six is finally free to let go. But his obsession with the man who made him a monster could destroy the fragile connection they’ve forged, and cost him the one thing that makes him feel human–her love.

New York Times and USA Today Bestselling author Lauren Dane takes you into a brand new world in “ALL THAT REMAINS”. Summer Killian falls fast and hard when Charlie arrives in Paradise Village. But the heat turns all the way up when she learns Charlie is also with Hatch – the man she loved three years before. While she’s not sure she’s cut out for a triad, neither man is going to give her up.

Take a “ROCKY RIDE” with New York Times and USA Today Bestselling author Vivian Arend as she leads you back to the Six Pack Ranch. Anna Coleman might be the law around Rocky Mountain House, but bad boy Mitch Thompson knows that under the stiff RCMP uniform is a woman with a passion for speed and pleasure that matches his own, and he’s not giving up until she’s his.

Kit Rocha returns to Sector Four in “BEYOND TEMPTATION”. A promise to a dying friend backfires when Noah Lennox finds that the girl he was supposed to rescue is all grown up–and wearing O’Kane ink. He wants to protect her from the secrets of their past, but she wants him. And an O’Kane woman always gets what she wants. 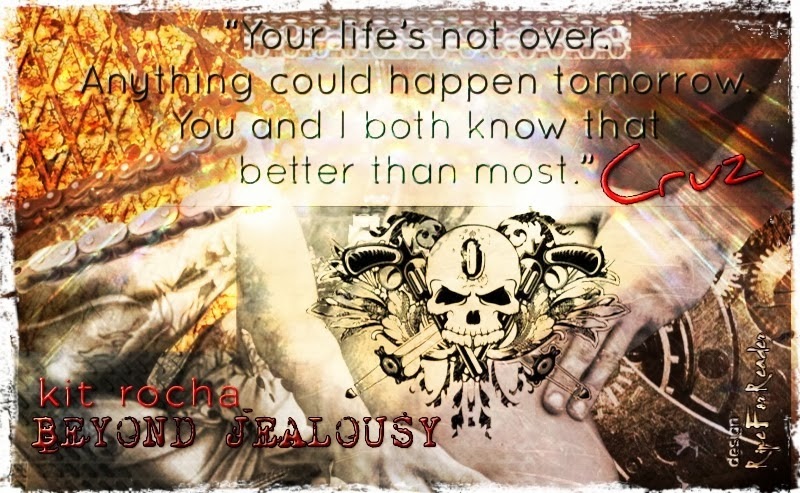 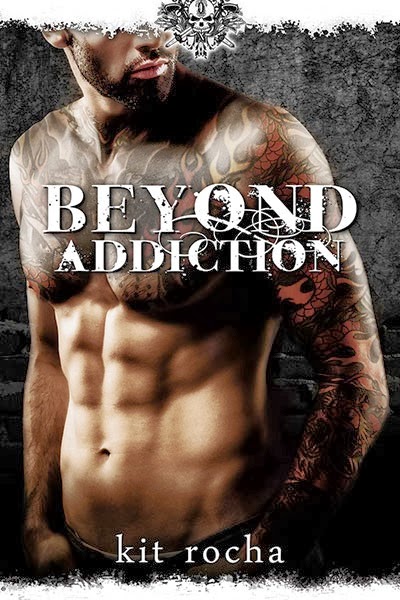